Born in Ohio, McGrew was raised in a family of musicians, surrounded by madrigals, operas, and hand-built harpsichords. He studied piano and trumpet formally throughout his childhood, and while studying theater at the University of North Carolina, began to write electronic and rock compositions. Upon graduation, McGrew hauled his keyboard and trumpet north to New York City and started a band, John McGrew & The Sitbacks.

McGrew's desire to compose lyrical and textured melodies soon extended beyond his work with the Sitbacks to compositions for theater and dance. In 2008, McGrew composed music for the Hunter College High School production of Shakespeare's Two Noble Kinsmen, later collected on the album Bells and Bones. The New York Times called McGrew's music for the Jack Ferver dance performance piece Death Is Certain both "ominous" and "delicate." His musicals (one based on the myth Cupid & Psyche with lyrics by Jon Karpinos, and one inspired by the work of Apollo Run's Here Be Dragons series) were the central piece for youth performers at the Acting Manitou performing arts camp in Maine in 2009 and 2012, where McGrew acts as musical director. In 2009, McGrew was invited by to create and perform a piece for DanSpace Project's Food For Thought, a night that honored the year's most influential artists from the dance world. McGrew composed/performed original music for Judith Sanchez Ruiz' Site Specific performance at Invisible Dog Art Center, Colleen Thomas' Anatomy of a Viciously Sweet: A. Love; B. Lust; C. Life; with Zenon Dance Company in Minneapolis, and for Bill Young/Colleen Thomas' A Place In France at 100 Grand in NYC. McGrew has continued his annual work with Hunter College High School, composing and music directing original work for Winter's Tale, Cymbeline, and Comedy of Errors. In 2013, McGrew was asked to compose the theme music for the TED Talk conference, TED Talk: The Young. The Wise. The Undiscovered. (with Graham Fisk, artist Oliver Jeffers, and videographer Mac Premo.

In 2014, McGrew was nominated as a Fellow in the Academy for Teachers for his work at schools in the New York Metro area. He has also pioneered an interactive, multimedia course entitled "Igniting the Creative Process" which he has been teaching both publicly and privately over the past ten years.

McGrew performs across the country with his Brooklyn-based rock group Apollo Run, whose "talent for quickly jelling melodies" was recognized by NPR's Song of the Day, among others, including HuffingtonPost, Time Out NY, Crawdaddy!, LAist.com, and FutureSounds.com. Apollo Run released their debut full length record, Here Be Dragons, Vol. III, in September of 2012. McGrew composed/performed for Enrico Wey's Where We Are Right Now as part of LMCC's 2014 River to River Fest and Tony Orrico's recreation of Yvonne Rainer's Hand Movie.

Between 2016-2018, McGrew worked as a Senior Producer on toy and short form animation audio & music at Mattel Inc. for Nickelodeon brands and Thomas & Friends. In the past year, McGrew has led all music initiatives at Mattel TV, Overseeing music for Mattel's TV division. Shows include He-Man Masters of the Universe, Kevin Smith's He-Man Revelation, Thomas & friends, Barbie Dreamhouse Adventures, Enchantimals, and over 20 shows currently in development.

McGrew is currently working on an original dark fairy tale, The Village of Vale, which Had its Theatrical world premiere in Fall of 2017 at Lincoln Center in NYC. Supported by a workshop run at The Invisible Dog Art Center, a residency with New Victory LabWorks, and further development with Lincoln Center Education, The Village of Vale is an exploration in storytelling, featuring one original dark fable told through word, music, art, performance, and a scenic design immersive art installation. Created with Jonathan Karpinos and Joe Varca Vale features an ageless Traveler returning to the village that once betrayed her carrying only a pair of magical glasses and a desire for vengeance. As she embarks on her quest, she becomes caught up in the lives of an obsessed bookkeeper, a haunted widow, and the family of woodcutters that exiled her long ago. When her reckless desire threatens the lives of the villagers, she faces a pivotal choice: find a way to forgive, or risk everything to take her revenge.

What People Are Saying...

"Apollo Run lead singer John McGrew sounds uncannily like Jeff Buckley with some Freddy Mercury-worthy grandstanding thrown in. One moment he offers a quiet little lament, the next he falls to the floor and abuses his guitar in an epeleptic fit. Throughout his raucousness, the band sustains a record-perfect clarity in performance..." - The Village Voice

"McGrew is a multi-instrumentalist who hops genres and styles easily, with a talent for quickly jelling melodies...(Apollo Run) merits far more widespread attention than it's received thus far" - NPR.org

"John McGrew loops and twines his angelic voice and pop-y synth around the dance with wit, sweetness, and light. I didn't note its absence earlier, but when you feel its presence, the superiority of live music can't be denied, especially in this concert." - MN Artists

"Led by the genre-hopping intensity of multi-instrumentalist (guitar, piano and trumpet) John McGrew, the (Apollo Run's) sound falls somewhere between a stripped down, recession-era form of Queen or Muse, (sans all the cosmic (and keyboard-y) spiritual references) or even Beirut, with McGrew ... at the helm dripping with the swagger of stars from the arena rock days...as every song proved an encore-worthy thrill with jumping, screaming, swaying, instrument hugging, table-dancing and a set-closing a cappella stomp-along. A sweaty, saloon-rocking gospel jam along if I’ve ever seen it." - Future Sounds

"I went to a Lower East Side venue a few months ago to see my friend’s band play, but a singer named John McGrew that came on later upstaged them and everyone else on the bill that night. Brooklyn singer-songwriter McGrew’s fearless vocals and showmanship won me over immediately, as did his (band Apollo Run’s) spontaneous brand of indie-folk and pop-gospel…Singer/guitarist/pianist/trumpeter McGrew has an almost innate gift for melodies…" - Crawdaddy

"Amelie Poulin would have loved this band. So would Jeff Buckley. John McGrew makes songs for mix tapes, red wine, and skeletons. Live, (Apollo Run) bring the dark carnival. A soundtrack to a life. This book, that film. Trumpets, guitars, piano. And a voice that will break hearts and start fires." - The Deli Music Blog

Original Music for Comedy of Errors
Of Here, Of There
You Are My Glass
To Epidamnum
Satan Avoid

Original Music for Cymbeline
Good Morrow To The Sun
The Dream

Original Music for Colleen Thomas' Anatomy of a Viciously Sweet: A. Love; B. Lust; C. Life; D. All of the Above
Kingfisher Part II
Sonnets All Around

Cupid and Psyche: A Rock Musical (Words by Jon Karpinos)
Ransom
When Tomorrow Is Lost
Near Psyche
Wedding/Funeral
Welcome Home
I Won't Pretend
Un...Believable
Better To Forget Her
You Want Cupid Back
My Last Goodbye
Land of the Dead
Sleep

Original Music for Jack Ferver's Death is Certain
Performed in April of 2009. 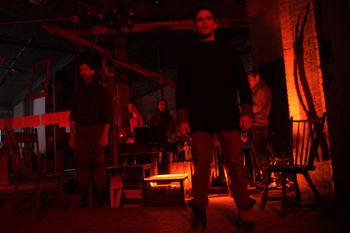 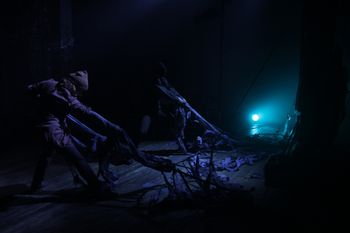 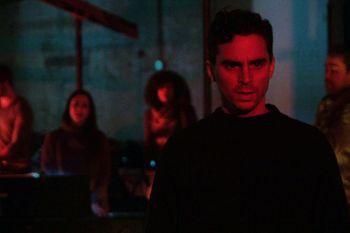 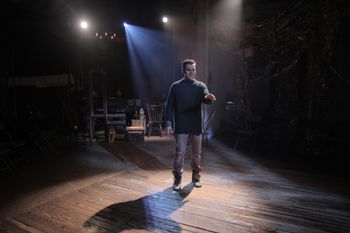 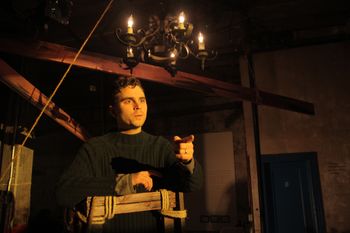 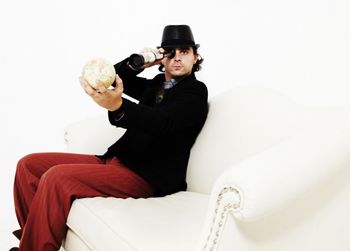 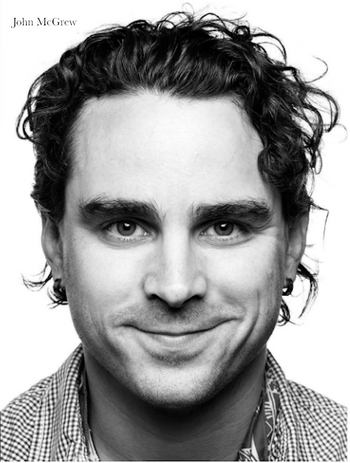 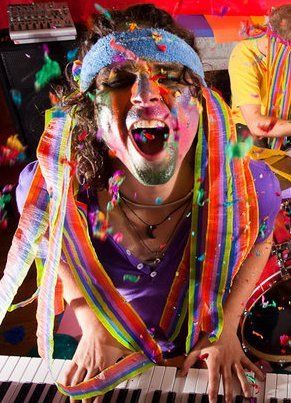 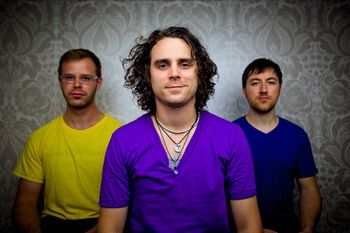 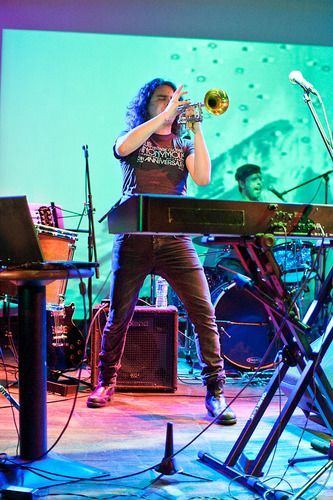 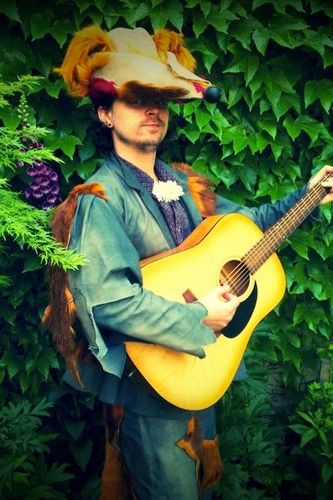 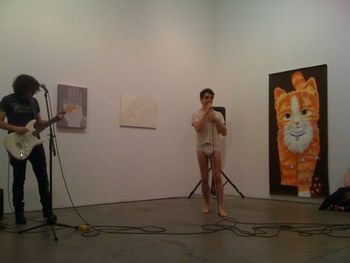 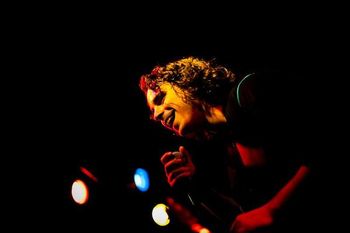 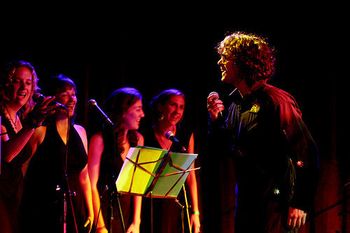 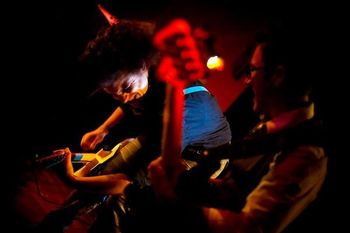 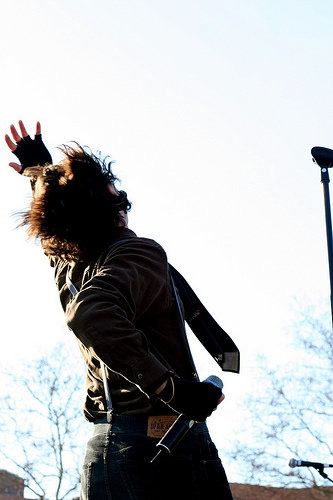 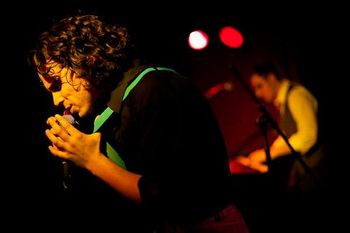 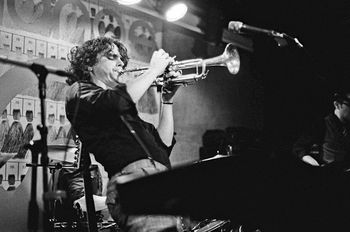 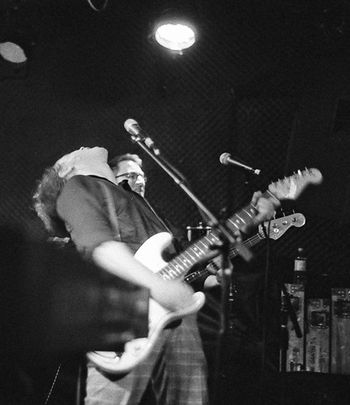 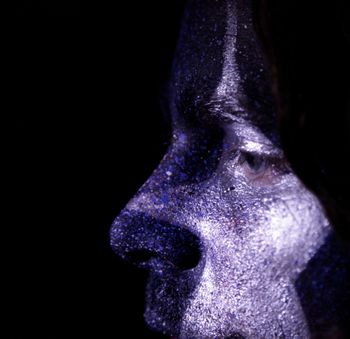